Metal band from another dimension

In a metal band from another dimension

Shape our band with your decisions. Or simply enjoy the music.

The main thing is that we can count you in!

Subscribe to the Divine Anger newsletter using the box above.​

Go to your mailbox and briefly confirm your registration.

Become part of one of the coolest metal communities in this dimension!

As a member of the Divine Anger community, we will ask your opinion on the most important decisions for our band's future.​

Your welcome email will contain one of our songs in full length. Download the MP3 file and bang your head to it!

Find out more about our band and how we met as you read this cool and unique comic book.

Killers In Suits: OUT NOW! Listen to our latest track

What The Metal Experts Say!

– About Behind The Wall –

"Amazing video and incredible solo! We have enjoyed listening to your powerful and rich vocals until the last second! You are very professional we can see that obviously..."

Cheers To The Vikingsvia SubmitHub
"Instrumentals were really good on this track. Great energy, solid tones, and overall well written..."

Digital Tour Busvia SubmitHub
"Great musicianship on this and the theme and video are impressive..."

Trend & Chaosvia SubmitHub
"I like the frenetic pace of the song—and the way it layers sung and screamed vocals at the same time..."

STOP! Take a deep breath. Hit play and enjoy our expressive power metal – a sound that ranges from melodic to aggressive but is always catchy as hell!

Believe it or not, we are a metal band from another dimension!

And here’s what happened…

…that strange night at Wacken Open Air, the biggest metal festival on the planet. We were on stage, having an amazing gig with brutally positive energy that became extremely intense. And then, without any warning, BAM!

The next moment, don’t know how much later, we slowly opened our eyes. From then on, nothing was the same ever again. Although everything seemed familiar at first, we felt that something extraordinary had happened.

What was going on?

We did not have our devices with us anymore. BIG shock. Then, as we asked around for help, people got confused and reacted oddly to our questions. And the craziest thing of all, our friends suddenly no longer recognized us!

Don’t ask us how but somehow, we’ve become stranded in another dimension though it’s the same world. A dimension that’s familiar to you but alien to us.

Of course, we want to get back home, no matter what. But it’s not that easy. Well, how could it be? We don’t know for sure, but we have a strong hunch that the shift has something to do with the enormous energy that night.

And that’s where you come in: We need your support. Join us and help build a strong community for Divine Anger. The more we are in number, the greater the metal power we can generate in this dimension!

Maybe this could be the ticket back – to our side…

…sometime in the future.

Why are you still reading?
Let's make it our story! 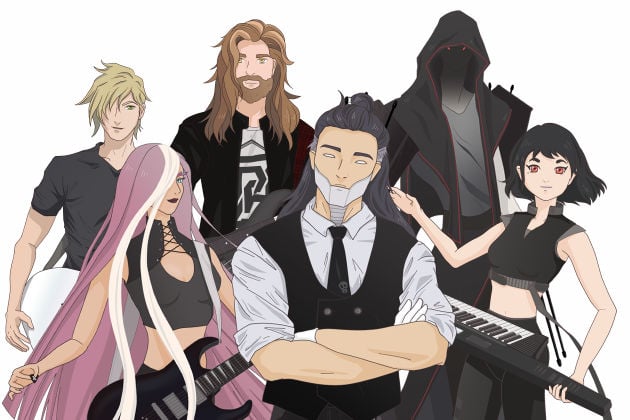 Next, check your inbox and click the link in our verification email.

We are so happy to have you with us!